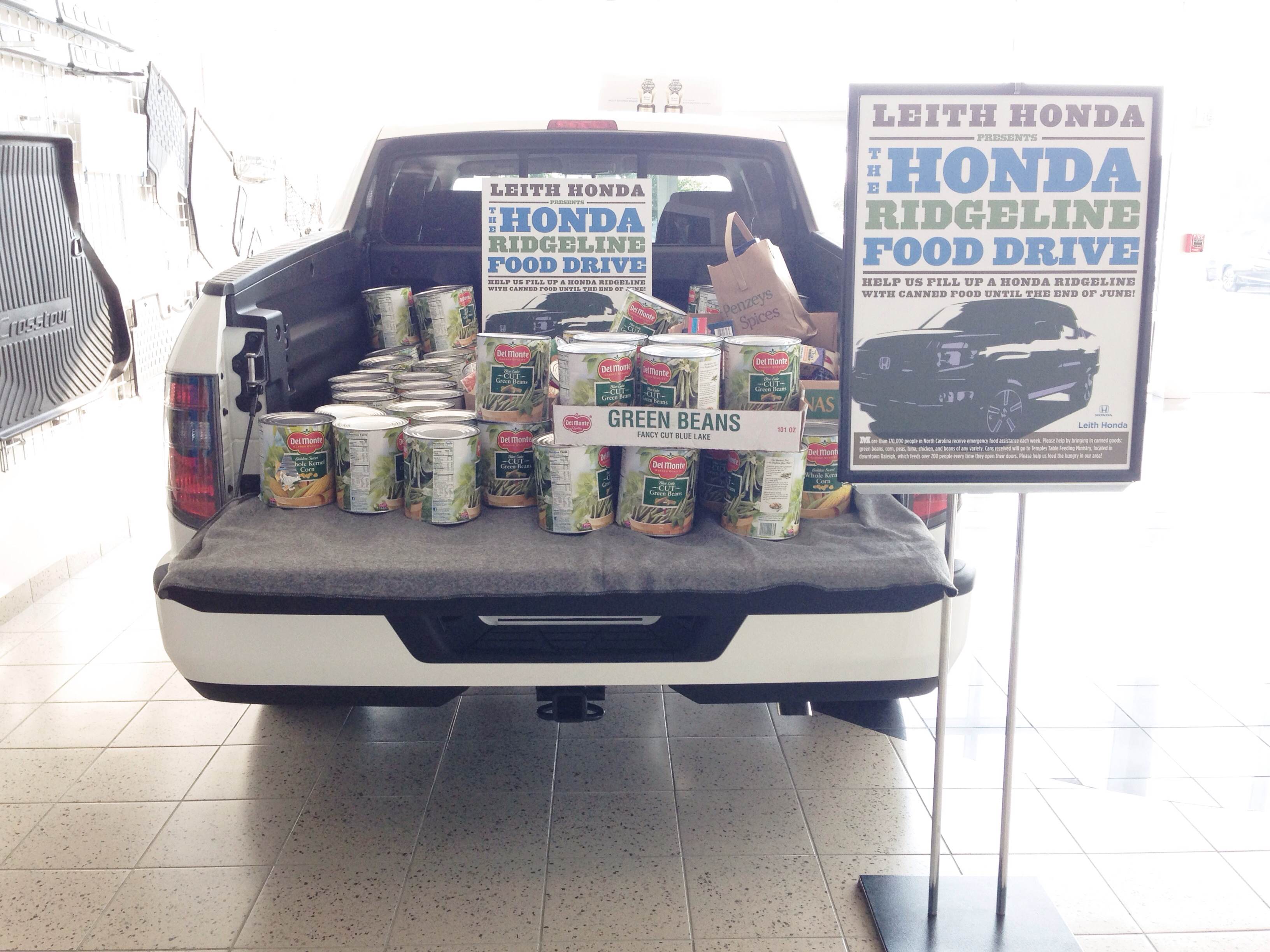 Although you wouldn’t expect it, tens of thousands of people in North Carolina go hungry every day. To learn more about this issue, we talked to Assistant Sales Manager Bo Bodenstine. Bo has been organizing our latest two-month drive to fill a Honda Ridgeline with food for those who need it. As the deadline of July 1 draws close, we hope this post inspires you to bring food items to Leith Honda, or to help people in other ways.

Bo says the Ridgeline is almost full now and that by the end of June it will be overflowing. The food drive is part of a regular feeding program that Bo runs called Temple Tables Feeding Ministry. How did Bo get involved? Let’s ask him.

Bo had wanted to start a restaurant downtown with his father and brother, but it was too expensive. After trying this idea instead, they became the first group in the triangle to serve needy people indoors on the weekend. But then something happened that allowed them to have an even bigger impact.

Their first weekend they fed nine people. Now with deliveries and walk-ins they feed upwards of 230 people regularly. With feedings on the first and third Sunday of every month, the food is reaching a lot of people. But does it have high nutritional value?

What kinds of places does Temple Tables deliver to?

Are there any volunteer opportunities?

What message should people take away from this?

Thousands of people need food in North Carolina every day, and as Bo illustrated, many people can’t leave their homes to get it. We encourage you to bring food and/or think of new ways to support this area of our community. Special thanks goes to Bo for sitting down to talk with us.